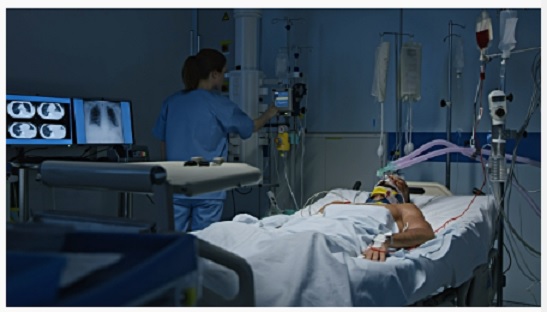 I grew up in a small town in the gently rolling hills of Connecticut. Previously unheard of, but now infamous, my hometown, Newtown, was a sleepy small New England town of mostly white people for whom my lone brown face served as diversity. I went to college at a mostly white college in said state, and went on to an Indian Medical School with predominantly other brown people. So you might imagine that July 1st, 2001 proved to be quite a shock. That was the day when I started my residency in Detroit, Michigan. Only I didn’t think there would be much culture shock, after all I was great guy who gets along with everybody. I was smart too, so naturally all patients would bow to my obvious mastery of medicine. It’s true that I had never really spent much time around African Americans, however I was an avid fan of both the Cosby show AND Fresh Prince of Bel Air. So really, what could go wrong?

Over the past 2 decades I’ve learned alot about how African Americans view health care and physicians. This is particularly important for anyone in the field of critical care where clinicians   often need to discuss end of life care decisions with patients and their families. Many of these conversations revolve around changing the goals of care from cure to comfort. These conversations are difficult, emotionally charged, and put tremendous strain on patients and their families. They also put a strain on medical teams–it becomes demoralizing to continue to care for someone who is obviously suffering and has no real chance of getting better. These conversations can be even more frustrating with African American patients and families.

Why are African Americans less likely to accept palliative care and hospice enrollment?  Dr. Kim Johnson is a researcher at Duke University, who specializes in the area of hospice and end of life care, particularly among African Americans. She notes that there may be several reasons, but there are 2 central reasons among them, at least when it comes to end of life conversations: faith and trust.

A common refrain among African American patients and their families is the power of healing,  that God can heal all ills, that miracles happen, and that God alone determines life and death. As a health care provider who often deals with hopeless end of life situations, to have my logical and reasoned conclusions that a person had no reasonable chance of recovery swept aside in order to “pray for a miracle” was incredibly frustrating.  These rebukes of my recommendations for hospice seemed at first to me as affronts to science and medicine. More than that, I took them personally as a total disregard for all the training and education I had gone through to take care of their loved one.

For many years I viewed this obstinance, incorrectly, as a sort of stubbornness- an incorrect viewpoint stemming from ignorance of science, and a lack respect for medical institutions. As my experience with African American patients has grown, I better understand that it was perhaps my own view that was incorrect.

African Americans often see end of life situations through the lens of spiritual belief. A severe illness is a trial; a test of faith that must be endured. If God alone can create miracles, then faith alone can provide them. To belittle these cultural beliefs can itself be an affront to patients and their families and may lessen any chance of meaningful communications.

There are also issues with trust. The African American community has met with disparity, bias and past injustices, and hence has a distrust of many institutions, including medicine. It is thus important to remember that as I don my white coat, I am now the speaking personification of that institution, and this fact may reduce my credibility in the eyes of some. It is therefore important for providers not to carry a chip on their shoulder, to enter discussions as equals rather than from a position of authority. To engage with family and community members including a patient’s pastor who may help bridge communication gaps.

Both greater understanding and greater empathy can help bridge the gap of understanding between health care providers and African American patients and their families. But we need more that that. I’ve said before that the ICU is the last and worst place to talk about end of life care– there’s simply too much stress, emotional strain and physical fatigue for people and their families to think objectively. We need to have these conversations much sooner. Dr. Kimberly Johnson, a researcher at Duke University, has started to engage with African American pastors to educate parishioners about advance care planning and dispel myths about hospice (in fact much of the insight I relate to you here comes from her work). Ultimately, we need more of this boots on the ground-type engagement (see this study for an excellent example of this) in order to spare our African American patients from unnecessary end of life interventions.

Deep Ramachandran, M.D. is a Pulmonary, Critical Care, Sleep Medicine physician, and CHEST Journal Social Media Editor. He blogs at Caduceusblog and the CHEST Thought Leaders Blog. He is on twitter @Caduceusblogger.