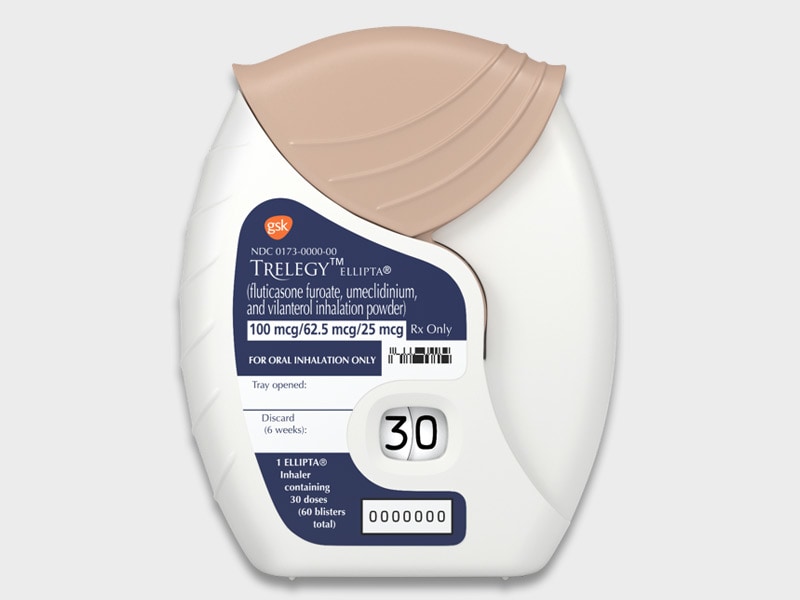 Pity inhaled steroids. Once a favored drug in the treatment of COPD, they were initially advocated to be used in combination LABA’s (long acting beta agonists) to have a “protective” effect against the harms of LABA’s which were,, back  in the day, proposed to have existed in the SMART trial. Things of course have change quite a bit since then. The black box warning for combination inhalers has since been dropped. Ironically it’s now the inhaled steroids that we worry about in the treatment of COPD, as mounting evidence implicates inhaled steroids as increasing the risk of pneumonia.

In the most recent GOLD update, steroids have been relegated as add on therapy to LABA for patients with an exacerbation. However GOLD recommends LABA/LAMA combination as preferred due to evidence that the combination reduces exacerbations better than LABA/ICS, as demonstrated in the FLAME trial. In fact ICS is recommended only as add-on therapy to LABA/LAMA in patients who are highly symptomatic and at high risk of exacerbations.

The Impact trial may be changing that. It compared a single inhaler triple therapy LABA/LAMA/ICS to dual combinations of LABA/LAMA and LABA/ICS. Interestingly, and also quite confusingly, the triple therapy group had reduced exacerbations and reduced COPD related hospitalizations. These results are of course in conflict with the results of the Wisdom Trial, which saw no significant difference in the rate of exacerbations between LABA/LAMA combination vs. triple therapy with LAMA/LAMA/ICS. GSK, of course, has wasted no time telling us this,  touting the results of their newest inhaler far and wide.

The accompanying editorial of the study does provide some useful insight. In it the authors point out that patients who had a history of asthma were not excluded. Though this likely diluted the study population, I personally have no problem with this fact, as it likely provided a real world picture of what we see in clinical practice, — many patients do in fact have a history of asthma (real or otherwise). In addition, the authors point out that most of the exacerbations in the LAMA/LAMA group occurred in the first month of the study, after they were abruptly taken off steroids. This enrollment process is a marked change from the Wisdom study, where patients were weaned off their inhaled steroids in a stepwise fashion over a course of 18 weeks. Yes, 18 weeks!. Over the subsequent 11 months in IMPACT, the exacerbation rate was similar in the LABA/LAMA vs. the triple therapy groups. They end the editorial with a rather bold “keep moving along, nothing to see here”- type statement, and recommend that nobody change their approach to COPD based on this study.

The authors of the study, of course take quite a different view. They argue that the Flame trial  is the one that’s biased, as patients who had to withdraw from ICS and had an exacerbation during the run-in period would not have participated in the trial. In addition, they say, nay ALLEGE,  that there were probably patients enrolled in Flame who were not able to tolerate coming off the their ICS during the run in period and therefore intentionally not enrolled.

Looking at the data, it would seem that the editorialists have a point. There does seem to be quite a lot of asthma going on for a COPD study. 18% of patient had significant reversibility seen on pulmonary function testing, and 57% had blood eosinophil levels of greater than 150 cells/microliter. The authors state that reductions in exacerbations were seen at all eosiniphil levels but were greatest for those with eos of more than 150. Detractors of this study will likely state that this study was not a pure COPD population. But perhaps we’re splitting hairs here. Perhaps alot of our COPD patients do have an element of undiagnosed asthma. Or perhaps we just don’t know enough about COPD yet to say whether the thing we called ACOS may be more of a spectrum than a definable condition. For me, I would probably be more careful about withdrawing ICS in stable patients, and at least consider tapering rather than an abrupt withdrawal to make sure that it is tolerated. I would also be checking eosinophil counts more routinely in my COPD patients to see if there is something I might be missing.