After reviewing the literature and combing (hehe)  through the American Psychiatric Association’s list of psychiatric disorders, I find nothing on this topic. However, researchers at The Holy Profit Medical Center have been hard at work on this problem and I am glad to report today that they have released a new staging system that is due to be published in a major quasi-sub clinical journal very soon. In this staging system it is proposed that this disease will henceforth be known by lay people as  Adult Male Comb Over Syndrome, and by unlaid people as BALDING or “Bad Attempt by Losers to Disguise Inability for New Growth” Syndrome. 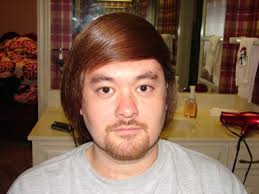 This is a sub-clinical stage, with most patients being aware of it only on the most subconscious level.  Its hallmarks are continued juvenile behaviour. Interestingly, some patients note a recurring nightmare in which their hair is being delightfully shampooed by an attractive hair dresser.  However the attractive hair dresser suddenly turns into a bald Italian barber named Balderico.

In this stage the comb over starts to become noticeable.  Bystanders begin to make passing glances at your hair. When taking your kids out, you may be approached by young women who ask how old your grandchildren are.  As you can see, the hairline is retracted, however the top of the scalp remains covered with strategic placement of the remaining hair. Patients often start to notice an increased “wind in my scalp” sensation.

Here the Comb-over becomes more severe. Notice that the comb-over is spread out here to cover the remaining scalp, however it is no longer sufficient. The scalp can now be seen protruding out through the over taxed hair which clings desperately to its follicles. Just as its owner clings desperately to a self-image of himself as a young virile man with a full head of hair. Expensive cars are most commonly purchased in this stage, often convertibles. 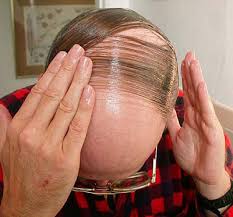 In this stage, the individual finally starts to notice that there may be a problem with his hair. Approximately 20% of patients at this stage proceed to either shave their heads, or decide to cut their hair and end the comb-over.  Sadly, the other 80% proceed to End Stage Comb-Over. 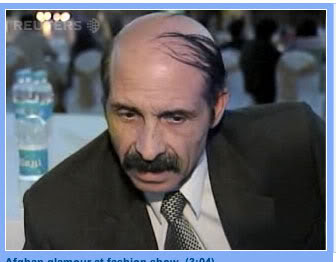 At this stage the patient no longer has any choice about what to do with his hair.  The elderly, egghead shell of a human being is forced to confront the disease and must be enrolled in Hair Hospice. In the Hair Hospice program he is no longer pro-active in his comb-over, allowing the comb-over to take whatever course it may. Treatment involves only an occasional mild shampoo, and patients are encouraged to avoid any unnecessary haircuts.